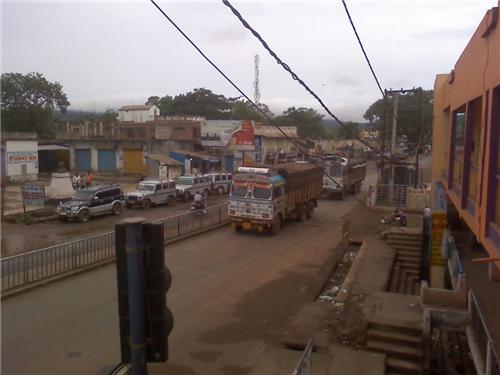 The city of Kendujhar is located at a distance of 180 Km from the capital city of Odisha, Bhubaneswar. The distance between these cities is easily covered by private bus services which are very common in the state of Odisha. One can easily catch private buses to Kendujhar from Bhubaneswar and Cuttack, any hour.

Additionally, the Dream Team Sahara (DTS) bus service has been launched in the entire state by Odisha Government in 2013, that will also be covering the district of Kendujhar. With this, the bus services in Kendujhar are expected to improve a lot.

Tempos in Kendujhar: Tempos are the oldest means of transport in Kendujhar. In olden times,  the tempos were used to be one of the easiest and convenient mode of transport which now-a-days have been replaced by the auto rickshaws.

There are several transporters in Kendujhar that offer regular transport service. The are listed below:

Kendujhar Railway station is one of the oldest railway stations in Odisha and it connects Kendujhar with several major railway junctions. It serves as one important source of transportation of goods thus assisting in managing business and economy.

Comments / Discussion Board - Transport in Kendujhar