Art and Culture of Kendujhar

The historical evidences speak about connections of Kendujhar with several kingdoms which ruled various parts of the country. During that time the only source of entertainment for royal people used to be art, music and dance. The paintings of Sitabinj near Kendujhar are said to be ages old and are being accomplished on the inner roof known as the Ravanchhaya. Other than this there are several other historical ruins found in Kendujhar which depict of the rich art forms of the city in ancient times. 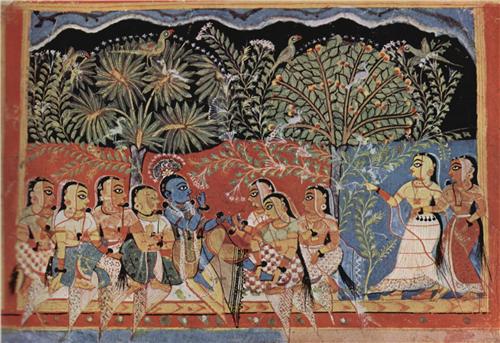 Inscriptions and Paintings of Kendujhar

The famous folk dance forms, inscriptions and paintings, festivals and fairs in Kendujhar explain the vast culture and heritage of the Odiya society. The inscriptions of ‘Asanpat’ near the city of Kendujhar which is believed to belong to the time of Gupta rule during 5th century, are one of the ancient arts of Kendujhar.

In modern day Kendujhar, these paintings are found in the area of Sitabinj which is located near Kendujhar. These fine paintings depict the marchings, processions of army on elephants, holding the flags and banners, along with women attendants. Even the details of the women wearing the ornaments and flowers on their heads can be seen very clearly in these paintings which are said to be similar to Ajanta paintings.

Festivals, Dance and Music in Kendujhar

The people of Kendujhar are very fond of traditional folk music and dances, especially during festivals and special occasions. Locale people gather in Akharas and perform dances on Durga Puja, Dusshera, Diwali, Snana Purnima and many such festivals.

Comments / Discussion Board - Art and Culture of Kendujhar